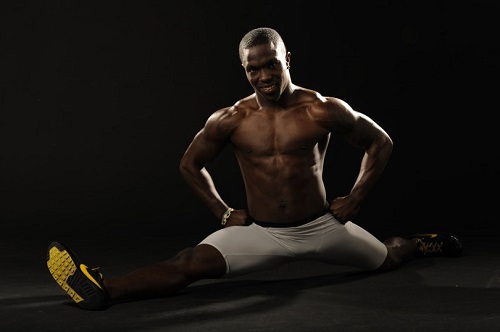 What Coach Williams did was wrong. But society’s attitudes towards coaches and athletics are just as much to blame.

Something disturbing happened at East High School’s recent summer cheer camp: teenage athletes were held down and physically forced into the splits, while screaming in pain and begging for it to stop.

Some of this abuse was caught on tape. Be forewarned, it’s graphic.

The reason this happened boils down to two words: the coach.

East HS is located in Denver, and its cheer coach is former Olympian and World Record holder Ozell Williams. In the videos, Ozell is seen forcing athletes into the splits, assisted by their teammates. At first glance, it seems crazy that an athlete’s teammates would help with something so horrible. It’s not though, because of the power imbalance between an amateur coach and young, impressionable athletes. The coach dictates team culture, and that culture is strong enough to influence athletes to allow and do all sorts of things — good and bad.

A strong team culture is the foundation to any successful organization, whether in sports, business, politics, or the military. Team members have to be united towards a common goal, and constantly put that goal before their own needs and wants. The leader directs the energy of the team, and to do so effectively, requires respect and loyalty from each team member.

This loyalty is amplified in sports. Through countless books and movies, American culture dramatizes and reveres the tough coach. Like Coach Carter, who ran his team like a boot camp to help his athletes rise above their poverty-ridden community. Or Miracle, in which the U.S. Olympic hockey coach makes his team skate to the point of exhaustion, so that they’d hate him and not each other. The tough coach breaks athletes down, and then rebuilds them into something better. Better competitors, better teammates, and better people. The coach has ultimate power. If the coach decides you don’t get to play, you cheer on your teammates. If the coach says run, you run. If the coach says no junk food, you eat salad. The coach defines what makes a good team, and what makes a good team member.

Unfortunately, the limits of a coach’s power are blurry, especially to athletes. When the coach says run, you run until they say stop. As an athlete, you trust that your coach has a purpose behind the running. It’s to get you into shape, to make you tougher, to punish you so that you change your behavior…something. So you run, unquestioningly. Your calves cramp, but you keep running. You taste blood in the back of your throat, but you keep running. You throw up, but you keep running. This is how the system works: the coach does everything for good reason, and the athlete carries out orders. Society awards athletes a badge of honor for this behavior; the more sacrifice and pain the athlete endures, the more that athlete wants to win. And no one admires an athlete who doesn’t want to win.

This is how a situation like East HS can happen. A superstar coach, much older and more experienced than a bunch of teenagers. Cheer, the #2 sport in catastrophic injuries, behind only football. Young athletes, who are competitive and want to be the best they can be. It’s not a shock that Coach Williams could create a team culture that puts athletic performance ahead of safety and common sense, to the point that team members willingly hold down their teammates as they scream in pain. As an athlete, you think: the coaches know what they are doing. As grotesque and painful as this is, it’s going to make our team better. There’s a good reason for this.

Except when there isn’t.

It’s time to hold college, HS, and other amateur coaches accountable for what they are: influential authority figures for millions of young people. Yes, coaches need authority, but that power can’t be absolute. As a society, we must ensure that coaches behave like the role models they are, and teach our young athletes that there are limits to what coaches can and should demand of them. Rebecca L. Feickert is a former Division I college basketball player for the University of Kansas Jayhawks, and the co-founder of Trey, a social enterprise that helps high school athletes and their parents navigate high school and college sports and recruiting. Rebecca is a CPA with six years of experience in public accounting and private equity, and will graduate with her MBA from Harvard Business School in 2018.