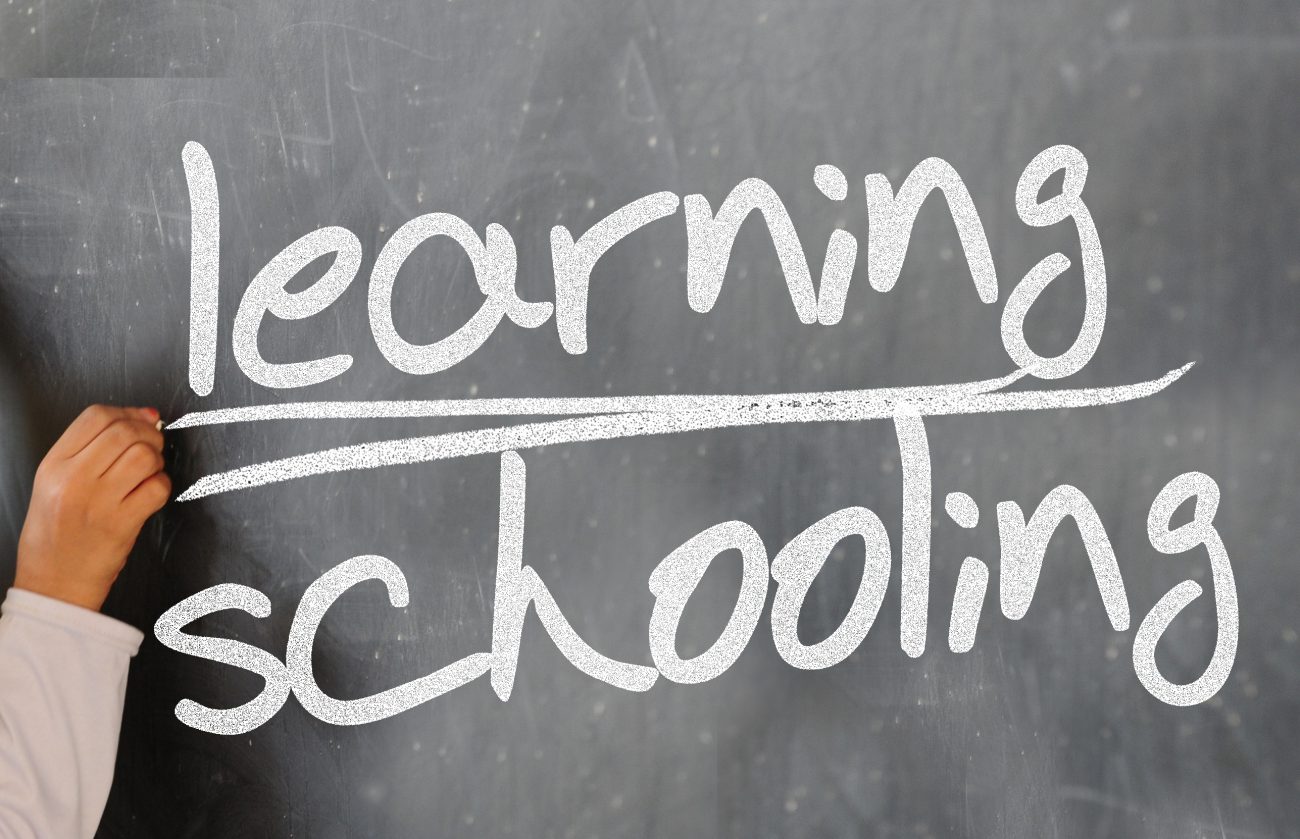 Let’s take it back to June of my junior year in high school. THE RECRUITING PROCESS.

Man! I was set on where I wanted to go, and who I wanted to play for: University X. I originally didn’t really care to play college ball, but then a shift in my game and the way I saw the court opened up college scholarship opportunities. I had been offered by Mid-Majors in Michigan, Ohio, New York, and other places. University X had even offered me, but I was sitting on it, because I had the mentality that I needed to play in a major conference to achieve my end goal of playing pro. So, I left my mom to go play in the best summer tournaments in the country, from classics like Boo Williams, to others in NYC and down south. I knew that summer was the summer to get my big-time offers.

So here I am, playing a game in Kentucky with about 20 coaches watching. I shut the point guard DOWN that game. I prided myself on defense, because that’s what set me apart from other point guards (PG). Let’s be real: A LOT of PG don’t have lock down D. With five minutes left in the game, their PG (the same girl who went on to lead her team to the tourney championship) had zero points. I was crushing it, at least until I got injured. The other team’s swing guard went for a layup and OF COURSE me being short but all heart, I just knew I was going to block her shot! NOPE, didn’t block it. Instead, I landed on her foot for a severe ankle sprain. My ankle was legit the size of a golf ball.

No worries—I played for a club coach that pushed me! Relentlessly. Three days later, I was back on the court in Ohio, playing against the #1 point guard in Ohio at the time. But I had decided that I was done waiting for offers from major programs. So, I called the coach at University X and was like, “I’d love to accept your offer.” Imagine my surprise when the coach replied, “Oh, we’re waiting to see after the summer. Since you didn’t accept right away, we had to continue recruiting.” MY HEART SUNK. Did I ruin it by waiting? I was SICKKKKKKKKK—all because I wanted to be greedy and hold out for a scholarship offer from a major program. As if a Division I scholarship and a free education wasn’t enough.

I think there are two types of people in this world. People who fold under pressure, and people who thrive. I’m no chair, you feel me? IT WAS GO TIME FOR ME.

I had it in my head that I was going to University X, regardless. Scholarship, walk on, whatever. I was so mentally invested in this coach, and believed in her capabilities to push me to the next level. Also, the campus was an hour away from my mother, and for most of my life, it had been just me and my mother. I played ball for her, and for myself. Don’t get me wrong though, I played because I LOVE THIS DAMN GAME. I think some people play basketball to please other people like their parents etc. DON’T BE THAT PERSON. Live your life for you, and make your college decision for you. Everyone else won’t be on campus with you, going through what you’re going through, having fun with you, etc.

So, where were we… summer… recruiting…okay. In my head, like I said, I was going to University X. And that’s exactly what I did. Two weeks after high school graduation, I reported for summer workouts and classes at University X.

I wish I had some like horrible story to tell, like, “Ahhhh, my freshman year was the worst, school was so hard, etc.” but I don’t. I was going to school pre-med, and balancing school with the demands of being a Division I athlete. Now I’m not gonna lie, the pressure does get to you at times, but it’s just four years! I came in with that mentality. If I can’t make it through four years, then I’ll give up on things for the rest of my life. My whole life, I think I’ve had the upper hand by being an athlete, from the way I analyze situations, to how much easier things seem to me than to non-athletes. Basketball has made me who I am today.

College wasn’t without its challenges, though.

My freshman year, I didn’t get along with some of my teammates, especially the upperclassmen. They wanted me to kiss ass, and that’s just not my character. They thought I was being buddy-buddy with the coach, but she was like a second mom to me. I spent a lot of time in her office, but it wasn’t for anything bad, or because I was snitching on my teammates. I was watching Law & Order, taking naps in between practices, and just absorbing information and energy from my coach. It wasn’t like my teammates picked on me, but we just didn’t see eye-to-eye about a lot of things that first year.

And then, sophomore year. It began as the BEST YEAR OF MY LIFE. I was starting PG, med school was still on track, and my basketball numbers kept improving. My team won a lot of games, including against many of the major schools I once thought I wanted to go to. And then, the big thing: WE WON A DIVISION I CONFERENCE CHAMPIONSHIP against our rivals and went to the NCAA Tournament! WE WENT DANCING.

Life was great, but then the worst shit ever happened. My coach was fired, due to NCAA violations that happened before I even got there. The coach I went to University X for. The coach I grew to love. The coach that made me a better player. All I could think was “THIS IS BULLSHIT.” Everything was going great. Why now? Why after we WON A CHAMPIONSHIP? Had our coach stayed, we would’ve definitely gotten another championship, and I would’ve grown more as a player. To this day, I Iove my coach to death for taking a chance on me, and for developing me as a human, a person and basketball player.

My coach leaving was a setback for my mental goals, but things happen in life. Setbacks are for comebacks. At least, so I thought, until I met our new coach. Right off the bat, he let half our team go, and created an entirely new team atmosphere. To say the least, I bumped heads HARD with this coach. We just didn’t see eye-to-eye. I’m not sure if it was because I was so invested in my last coach, or if I just didn’t respond to his coaching style. I felt like he took everything we built, and threw it away. His attitude was like, “I’m going to do it my way,” even though we returned lots of players from the team that won a championship the year before. He changed our whole defensive strategy, and put all his faith in the new freshmen he recruited. Meanwhile, the rest of us were all left in shock, like, “WTF is going on?”

Our new coach was one of those coaches that, when someone messed up, wanted to tell the whole team about it, to point it out and shame the person. Like BRO, we all saw what happened. He would belittle us, demean us. I think he did it to let everyone know he was the boss, but we already knew that. You’re the coach, we get it!

I wasn’t about to be belittled. One day, we really bumped heads. He had us running this play, where the PG calls for a ball-screen from the post player. He wanted me to come almost to the three-point line to get a screen. I didn’t need to do that, and I said so. My first step was CRAZY quick, and if I did it the way he said, that would allow the defense to catch up to me. His punishment for disagreeing was forcing me to do an exhausting full-court layup drill, but my conditioning levels were crazy and I was mentally tough. I did it, and replied “Was that it”? He was pissed, but I didn’t care. I grabbed a pizza after that.

I realize now that I could’ve handled a lot of situations with him more maturely, but not at the cost of my self-respect. EVER. His power moves just didn’t cut it with me. Outside of basketball, outside of everything—we’re human. Treat me with respect and I’ll give that back to you. It’s simple. I think a lot of coaches and people in general get so caught up in their titles, and try to demand respect instead of earning it. Sometimes, he would talk to me or yell at me, and I would just stare back at him. The thing is: I gave 1000% on the daily. It wasn’t like I wasn’t putting in the effort. I gave all my effort and energy to the game. Just not to him.

I live by that.

To be clear, it wasn’t that he was too tough. His punishments were minimal compared to my last coach, the one I loved. One of the rules violations that got her fired was over-practicing. That’s right: she had us in the gym day and night, and I still loved her. It would be freezing outside, and we’d do track workouts in the snow. We’d have a 5:00 AM practice, a long day of class, a full-on practice, weights, and then study hall. She was intense, and we worked like dogs. But she didn’t belittle us. She taught us.

From one athlete to another: SPEAK UP FOR YOURSELF. I understand that coaches are trying to coach, and that every player responds to different coaching styles. I didn’t experience any verbal abuse or anything like that, but for anyone reading this that has or will, you don’t deserve it. Also, that isn’t how it is with every coach, so don’t punish coaches for something that isn’t their fault, either. PRIDE has a big part of how I respond and how I operate. Now that I’m older, I know that sometimes it’s also OK to set your pride aside, for the betterment of your character.

Post-college, I played professionally overseas. I came to NYC to chill between overseas assignments, and now I live here permanently. That’s the other thing: everything happens for a reason.

A lot of unsaid shit goes on in the athlete world, so I’m glad that Trey is allowing this platform for us to talk, speak up and compare stories, share some laughs, and kick it. I hope my experience touches base with someone, whether you lost a coach or are also a prideful person.

And lastly, much respect to other athletes laying down their bodies for a bigger purpose.